Yesterday afternoon my parents decided to go for a walk along Lancaster Canal at Garstang, however I persuaded them to move further along the canal and instead walk from Cockerham Road to the Glasson turn off. This was mainly because I had seen 3 Kingfishers along this stretch of water last October so I was interested to know if any of them had survived the harsh winter which has decimated the population. Unfortunately there was absolutely no sign of any which confirms their demise and their status as quite a tricky bird to get this year in the Fylde, hopefully they will have a good breeding season and start to increases their numbers once more. Away from this sad news the more expected canal birds were out in force with a total of 73 Mallards counted along the stretch, 51 were adults of which only 6 were females, and the other 21 were all very recently hatched young in broods of 1, 7 and 13 birds. Also seen were a pair of Mute Swans nesting near Ellel Grange, one of which had an blue ring on with orange letters NSV, so I will report back on the details when I get them. 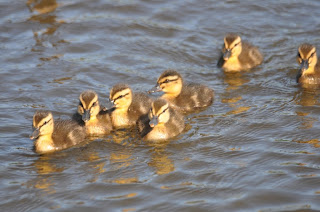 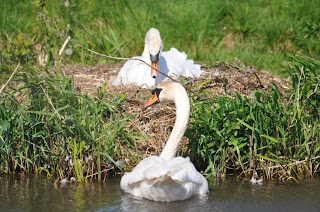 Several Chiffchaffs were heard singing in the woods by the canal and a pair of Swifts over head on the way back were a nice sight. Kestrel, Sparrowhawk and Buzzard were also seen before on the way back me and dad picked up a large raptor heading towards us from the south just above tree height. We both assumed it was another Buzzard however as it approached it became obvious that the bird had a much longer and thinner tail and wings, and much more uniformly brown underparts compared to the barring and white of a Buzzard. Dad spotted the pale crown first which confirmed it for us to be an adult female Marsh Harrier (Fylde yeartick), a very good bird to get in the Fylde (only my second ever) and a very surprising sight up there. This took my Fylde yearlist to 167 species, equalling the entire total for last year. 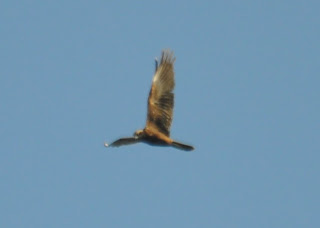 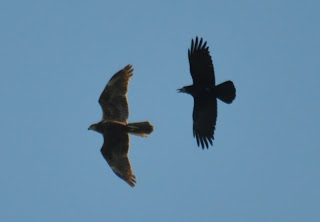