Just like at home my mum was up early and was rewarded with a Red Squirrel scurrying along the ground at the back of the caravan, the only one any of us saw all trip. I slept like a log however all the others were woke by at least 1 Tawny Owl calling from the trees just above the van. I was woke however by the noise of a Great Spotted Woodpecker calling somewhere nearby and eventually it gave brief flight views extinguishing hope that it could have been one of the 7 species present in the forests around nearby Chambord! After breakfast I went with my parents down through the town to the river to see what birds could be found in the local area, although I certainly wasn't expecting how much I would see! A couple of Black Redstarts were feeding around the trees in a local park before we reached the river and immediately spotted plenty of Little Egrets and Grey Herons. 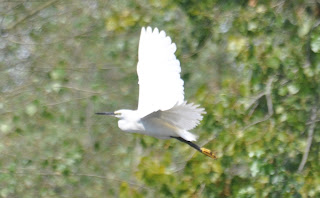 A Turtle Dove flew out of the trees lining the bank of the river and a smaller heron flew along the opposite bank of the river, which through my bins I could see was my first ever Night Heron, a juvenile. On the river itself were plenty of Common Sandpipers calling loudly as they chased each other about, and a second summer Mediterranean Gull sitting on one of the many islands. Away from the birds there were loads of Banded Demoielles lining the shore, literally hundreds along the stretch I walked along, giving great views and allowing for a few photos. 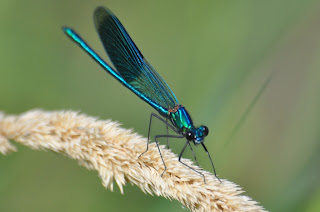 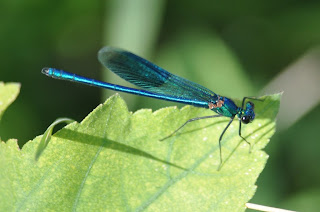