A holiday with parents to the Loire area in France can only mean one thing, chateaus! Luckily we only visited two during the holiday however I will admit despite being boring inside they are pretty impressive buildings. Just 5 minutes down the road from out campsite was the largest chateau in the area, Chambord, surrounded by a huge walled area of forest full of birds and mammals (well that's what I was told!). There is a large straight lake next to the building which was devoid of bird life however there were several dragonflies around including a gorgeous Small Pincertail. There were also lots of butterflies around but they never landed proving a difficult identification challenge and I was only able to identify Large Tortoiseshell and Small Heath. There weren't many birds about although Sedge and Reed Warblers were heard in the areas around one of the observation platforms which are where you are meant to get good views of mammals in clearings in the woods. There weren't any about when we were there but apparently the best time is morning and dusk so we decided to come back another time. However on the way back in the car through the forest I spotted a large Boar close to the road, the first of the trip but definitely not the last. 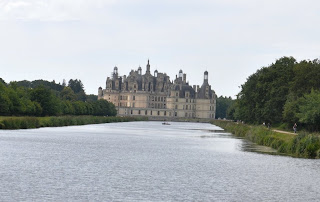 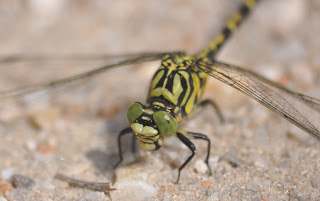 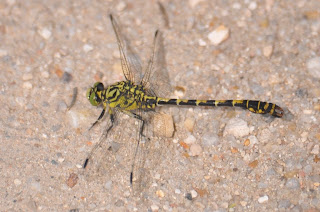