My dad agreed to take me to do some proper birding during the morning so we headed towards the town of St Viatre in the heart of the Sologne, a huge area filled with hundreds and hundreds of lakes, a massively important wetland area. The roads go past lots of the best lakes so we drove around for a bit and whenever we spotted a good lake we just pulled over and took a look. The first lake held the most birds with plenty of Black Necked Grebes fishing along with Great Crested and Little Grebes, Shoveler and Gadwall. Around the edges of the lake were lots of Little Egrets and a few Great White Egrets that towered over everything else! The next lake held a 30 strong flock of terns and a few came close enough to be identified as adult Whiskered Terns along with a few Common Terns mixed in as well, and then in the distance we heard a late Cuckoo calling. The rest of the lakes held much of the same however I think I heard a Little Crake at the last but it never showed which was a shame as it would have been a lifer for me. Most birds were wary and far away hence why the photos are terrible! 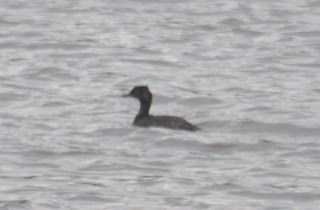 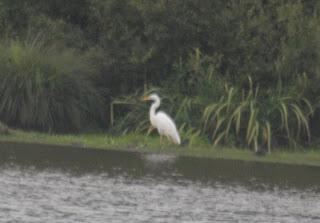 After lunch at the caravan we headed to the next to along the river from ours to book something for later in the holiday (find out what in a later post) and whilst me parents went to look round the town me and my brother went down to the river to see what was about. A pair of Ospreys gave brilliant views as they moved up and down river fishing although we never saw them complete a full dive so didn't catch anything. A few minutes later another large bird of prey flew downriver which turned out to be a gorgeous adult Honey Buzzard, which was mobbed by my first adult and juvenile Yellow Legged Gulls of the trip. 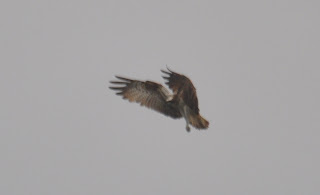 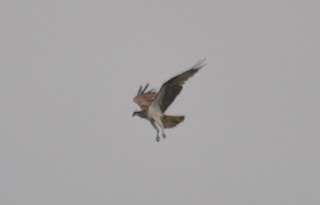 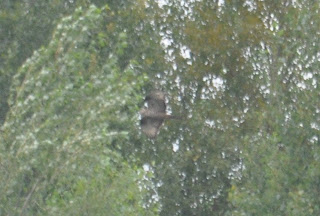 In the evening we went out for a meal but on the way we stopped off at one of the viewing platforms at Chambord to look for mammals and got distant views of a wild Boar and 5 Red Deer but we hadn't brought the binoculars so couldn't see them very well.