A Pectoral Sandpiper had been seen at Martin Mere for the past week although showing intermittently, so yesterday I went to take a look with my dad and also Ash and Aaron joined us as it would be a lifer for all of us. We went to the Infocus shop first to ask if anything had been seen and the guy who was working there told us that it hadn't been reported that day could still be around, however that he had just got a report off a birder that he had seen a Green Sandpiper that had a dark rump, which would point to a Solitary Sandpiper! He said it had been seen from the Hale hide so we headed there where there were 3 Green Sandpipers present which we watched for a while before they allowed us to see their white rumps, which was slightly disappointing to say the least. 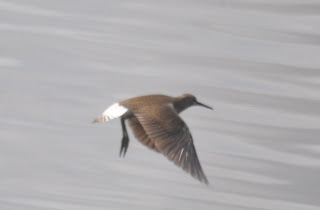 We then headed to the Ron Barker Hide where the Pec Sand had been seen the most but on arrival a few guys already present told us there was no sign and it turned out to be the case for the whole day. However despite this there were plenty of good birds to see including great views of a Short Eared Owl that was patrolling the marshes behind the pools. Also from this hide were a pair of Ruff, a young bird that was pretty brown overall and a stonking male bird that was mainly white and black and was very striking. Other good waders here were a family party of 2 adult and 5 young Little Ringed Plovers and 4 Avocets that spent their time chasing everything around that came onto their patch of mud. After a while a ominous sheet of rain started to make its way towards us, swallowing up the view as it advanced till it reached us and unleashed a torrent that limited the view from the hide so much we gave up birding completely. It carried on for 45 minutes during which time we were stuck in the hide with a few other birders and got so bored I ended taking photos of the rain on the windows! 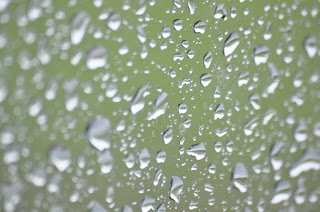 Eventually the rain subsided so we headed to the other side of the reserve checking in each of the hides as we went. Between the wooden beams in some of the hides we found Peacock butterflies sheltering from the weather giving great views, and in the Harrier Hide we found a Small Tortoiseshell that landed on our hands for a while before eventually finding the windows. We also found loads of moth wings scattered over the floor of some of the hides, obviously some bird has been visiting them at night looking for food. In the United Utilities hide we found several that we could identify such as Drinker, Spectacle Yellow Underwings, Wainscots, Dark Arches and some Carpets. We also found 2 alive moths that had survived the attack, an as yet unidentified micro and a Copper Underwing. On the bird front it was pretty quiet apart from the Tawny Owl that was showing in the entrance of it's nest box near to the UU hide. On the way out we stopped to look at some of the captive species including one of my favourite of all, the Red Breasted Geese. 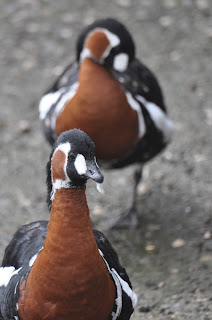