July
The main part of the month was taken up with my work experience, where I worked with Len Blacow, the head countryside ranger for Wyre Borough Council and one of the most experienced birders in the Fylde. Although we were working I still managed to see a number of good birds, the highlights being: discovering a pair of Whitethroat feeding young in a nest along the promenade at Fleetwood on the 6th, Len showing me a Little Owl nest box Over Wyre and seeing one of the adults on the 8th, discovering a Ringed Plover nest on the beach at Rossall Point on Friday the 9th, an Arctic Skua past Fluke Hall whilst helping him with his WEBS count on the 11th, seeing an adult Mediterranean Gull off Cleveleyes on the 12th and on the same day discovering our second Ringed Plover nest on the beach south of Rossall School. Also on this day we watched 4 chicks hatch from the nest by Rossall Point, which survived to become the first Ringed Plover chicks to fledge in Fleetwood in a decade! I never found out how the second nest fared but I suspect due to it's location it will have been abandoned. 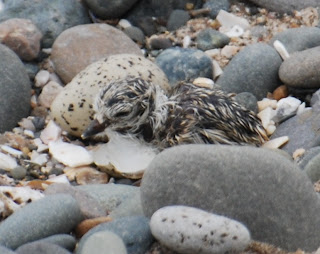 The rest of the month was dominated by seabirds, with a Fylde Bird Club pelagic on the evening of the 22nd producing great views of Manx Shearwaters, Fulmar and Kittiwake, before a trip to Northumberland on the 24th and 25th. I had a strange feeling of de ja vu over the weekend as I managed 3 year ticks, Osprey, Roseate Tern and Puffin, which were the same 3 yearticks that I had got on a trip to Northumberland the previous July. It was my first trip to the Farne Islands with a camera so I took plenty of photos, a few of which are below. 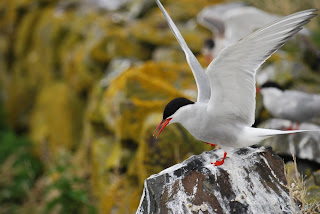 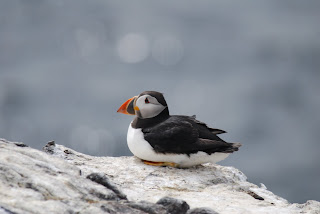 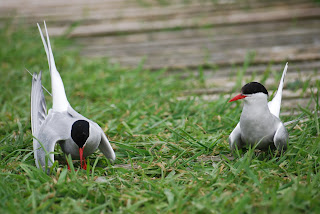 The month ended in a flurry with a stunning Hobby at Brockholes Quarry on the 28th being overshadowed by a Purple Gallinule at Saltney, which despite being an escapee was still a gorgeous bird to watch. 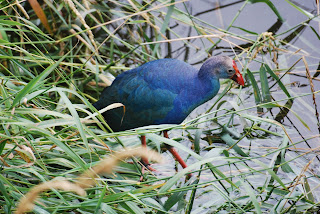 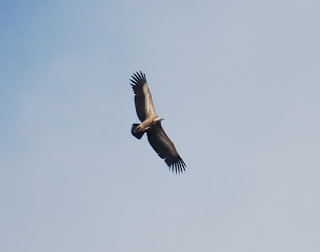 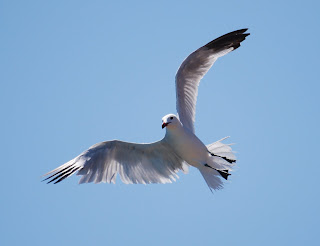 With a wealth of birds present on the east coast I managed to persuade my mum to take me for an over night stay in Durham to try and get some lifers. Plenty of seabirds during the morning at Whitburn with 2 Black Terns, 8 Roseate Terns and a Great Skua before a trip inland produced a lifer in the form of Spotted Crake at Shibdon Pond along with a Garganey. Then the next day a Great Northern Diver past Hartlepool Headland was followed by my second lifer of the trip, a juvenile Whiskered Tern at Saltholme RSPB. On the last day of the month I made my first visit to Pennington Flash near Manchester, an excellent site and a 1st winter Little Gull took my year list up to 200 species.

September
With autumn migration well under way it was the Fylde that produced some of the best local specialities during the month. 2 juvenile Curlew Sandpipers on the river Conder showed well along with 2 Spotted Redshanks and the wintering Common Sandpiper on the 11th. The first of the big autumn gales whipped through the north-west on the 15th and some massive counts of Leach's Petrels were made, with over 500 seen past Hilbre on the Dee Estuary! My count at Rossall Point was much less than this yet 7 birds showed brilliantly close inshore, some of which came right up and over the beach as they battled against the wind. On the 17th a juvenile Red Necked Phalarope (lifer) was discovered on Fairhaven Lake, the first twitchable bird for over 20 years, and luckily for me it was still showing well the next day, my second UK Phalarope after the female Wilson's at Martin Mere in 2008. 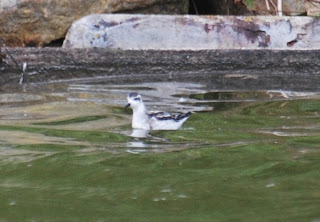