Yesterday I took my first visit to the patch in a while to check out a few ducks that have recently arrived, although with extremely suspicious origins. I started off at the crem and immediately noticed two very pale ducks amongst the Mallards, that had arrived earlier in the week, a pair of leucistic White Cheeked Pintails. Although obviously escapees (native to the bahamas and common in captivity in this country) they were still nice to see and brightened up a dark and gloomy day with plenty of rain showers. There were 24 Mallards in total including these 8 youngish birds. 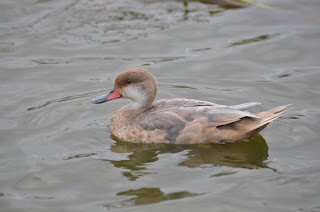 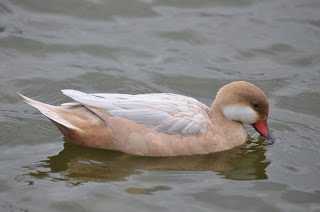 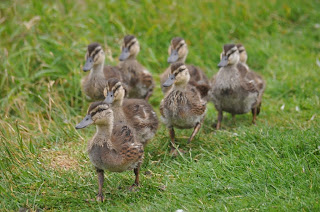 From here it was on to Bispham Marsh where the Great Crested Grebe family (2 adults and 4 large young) were still present and all looking very healthy. Along the back of the pool I spotted a small duck feeding along the edge and it turned out to be the female Mandarin that has been present for a few weeks. After a while a second bird appeared which is the moulting male, so pretty drab compared to its full slender in normal plumage. 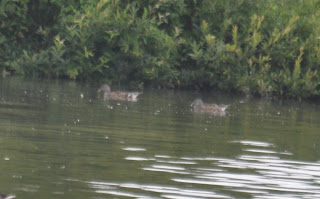