Sorry for the dry spell this week, my wireless internet has been down at home meaning that I haven't had much access to the computer, and what little time I have had has been taken up with school work. On Monday I headed down to Bispham Marsh in the evening in the hope that I would be able to photograph the Ring Necked Duck in ths evening light. Unfortunately it appeared to have cleared off by the time I arrived so I spent the next hour photographing the resident birds instead. 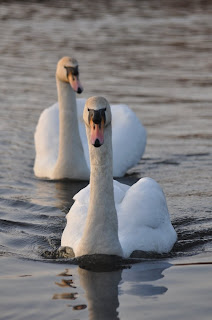 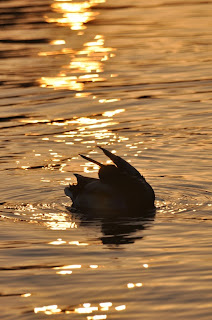 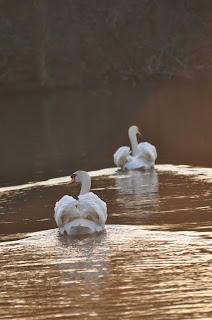 There were still plenty of ducks present though, the Shoveler trio were feeding in their usual area and the Gadwall pair had been joined by an extra male. 5 Tufted Ducks (3 adult male, 1st winter male, female) were present and seems to prove that the same birds move in and out of the site over the course of a week, as the same 5 birds had been present on the 3rd but had dissappeared by the 5th, before coming back on the 7th (monday). A few Teal still around but as usual they were mainly hiding in the reeds so an accurate count was difficult. 2 Great Crested Grebes once again courting made it feel like spring and a singing Reed Bunting in the south west corner enhanced this image.
Posted by Jonny Scragg at 13:19