October
The first half of the month was predominately taken over by school work meaning that not much birding was done and nothing particularly interesting seen. I did however concentrate more on garden birding and was rewarded with a good run of species, starting with a Little Owl calling on the evening of the 7th, then my first 5 Redwings of the autumn on the 11th before culminating in one of my favourite birds ever from the house, a Short Eared Owl heading north on the 17th! 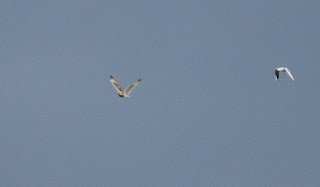 A hard worked for Jack Snipe amongst 70+ of its commoner cousins at Marshside on the 23rd was totally eclipsed by the birds the following the day. I had planned to go to Waddington Fell to once again try for the Great Grey Shrike, but a text from Paul Slade mid morning had me racing down to Fluke Hall Lane to set my eyes on potentially the Fylde's first Red Breasted Goose! To put the icing on the cake I finally managed to see the Great Grey Shrike briefly at Waddington Fell later in the day proving the birding phrase that lifers are like buses... The end of the month saw a massive influx of Waxwings into the country and I managed to catch up with a large flock of 70+ birds at Barrow near Clitheroe on the 30th. 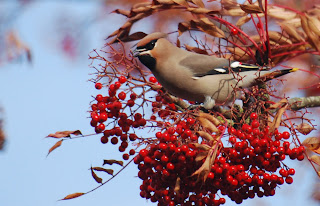 November
Throughout the autumn Ian Gardner found Fylde rarity after Fylde rarity in the Fleetwood area, and on the 7th he did it once again discovering a juvenile Great Northern Diver on Fleetwood Marine Lakes, the first inland record for the Fylde. I managed to catch up with this delightful bird on the evening of the 9th, a very welcome birthday treat for me and my first one in the Fylde. Also on the 9th news broke of what turned out to be my rarest bird of the year, which luckily stuck around till the weekend so on the 13th I travelled down to Hollingworth Lake near Manchester to see my first Pied Billed Grebe! Amazingly I then received a text informing me of a Grey Phalarope on Lytham Moss, my second lifer of the day which performed admirably less then 20 metres away. Final stop of the day was to Fleetwood Marine Lakes where the Great Northern Diver put on a spectacular show allowing close views and a good photo opportunity. 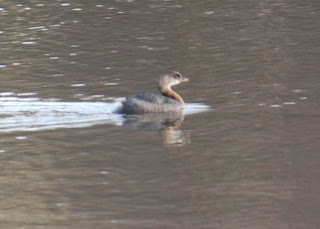 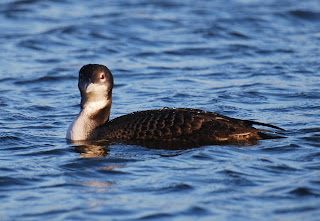 The rest of the month provided a few extra highlights, the best being a juvenile Iceland Gull at Preston Docks on the 20th, a late Avocet at Martin Mere on the 21st and a male Scaup at Marton Mere on the 26th, the only one I saw all year. 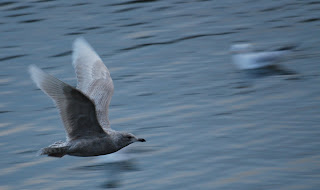 December
A surprise flurry of year ticks occured in the first half of the month; with a self found pair of White Fronted Geese at preesall on the 4th, my first ever Red Crested Pochard on Southport Marine Lakes on the 12th and a Lapland Bunting at HOM the same day, a single Purple Sandpiper at Rossall Point on the 19th and a self found Tundra Bean Goose at Fleetwood Farm an hour or so later that day. The final birding of the year was to once again see the local drake Ring Necked Duck, which had re-appeared on Marton Mere on the 26th.
So over the course of 2010 I had amassed 216 species in Britain which was 3 higher than my previous record from 2009. I also saw 167 species in the Fylde which was slightly down on previous years and left me 11th out of 14 in the Fylde Yearlist Competition, which I hope to do better in this year. 17 British Lifers and 11 World Lifers took my life lists to 254 and 307 respectively. I wonder what 2011 will hold, only time will tell.
Posted by Jonny Scragg at 09:32