Away from the Wedding

With all the coverage of the royal wedding today I suspect that most of you won't want to hear anymore about it, so this post is going to stay well clear of the topic and instead focus on the birding that I did today. Having said that I did spend half an hour or so this afternoon photographing the Union Jack that is flying from a newly erected 20ft flag pole in their back garden. This was a lot harder than it sounds since it was blowing around madly for a minute and then would either stop or tangle around the pole for the next 5 minutes, so I only had a short amount of time to get the shots I wanted. I'm pretty happy with the results though. 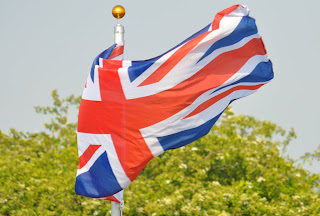 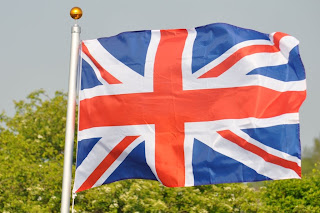 After the coverage finished at 2pm my dad agreed to take me out birding for a while so we went to the woods around Thurnham Hall. This is the best place in the Fylde to see Garden Warbler and after a while of searching I located at least 2 singing birds although they remained stubbornly elusive with a brief view of one at the top of a tree being the only sighting. These were my first in the Fylde and hopefully I will go back later in the week to get some better views of them. The woods around the church where we parked were full of bluebells providng a real spring feel to the atmosphere. From here we checked the river from the hill above Glasson in the hope that an Avocet or two might have dropped in for a feed, and although there weren't any present a pair of Swifts over head made up for it as they were my first of the year and take me up to 166 for the year. 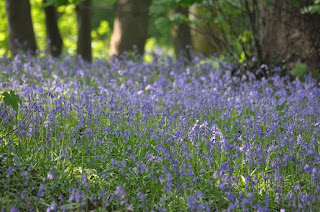