Over the past 2 years, north-west ringer Kane Brides, along with the help of others has been colour ringing Coots, mainly at Southport Marine Lakes and Stanley Park in Blackpool. I have seen several of these colour ringed birds while I've been out and about and have photographed all of them. Of the 23 birds I've photographed so far some of the more interesting movements have been: 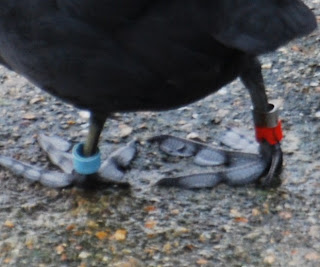 GC59952 - A juvenile female bird ringed at North Duffield Carrs in the Lower Derwent Valley NNR in Yorkshire as a part of a different colour ringing scheme. It was first noted at Preston Docks in mid November but was missing a colour ring. Luckily a ringer managed to read the metal BTO ring which confirmed it as this bird. I photographed it still present at Preston Docks on 01/01/2011. 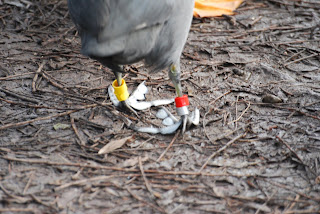 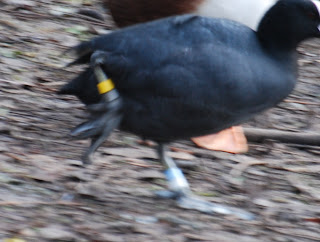 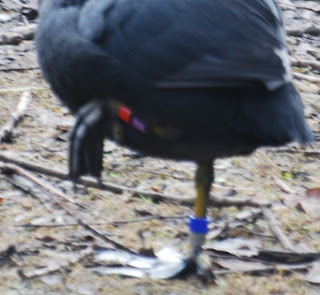 And finally a bit of a mystery. This bird (Left Leg - purple over red, Right Leg - Dark Blue over Metal) was at Stanley Park on 02/01/2011, however Kane doesn't know when or where it was ringed and is currently trying to find out any information on the bird, so it could be another bird from Yorkshire or maybe further afield? Only time will tell, can't wait to find out though.