A fantastic day today at the local patches, Stanley Park and Marton Mere. I tend to only visit them when my parents are out as it means I can only get out by using the buses, as was the case today.

I took my usual route from the bus stop at Victoria hospital, through Stanley park then past the De Vere hotel to Marton mere. There were plenty of birds in the woods at the north end of the park, at least 2 Great Spotted Woodpeckers and a Nuthatch were showing well. 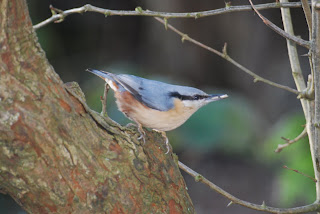 The only area of open water on the lakes were under the 2 bridges separating the lakes. These areas were crammed assorted ducks, geese and a female Goldeneye which is a good bird at the park. There were plenty of Coots present and many of these had colour rings on their legs, I managed to photograph 18 of them and get the codes so will have the details back about them by the end of the week. 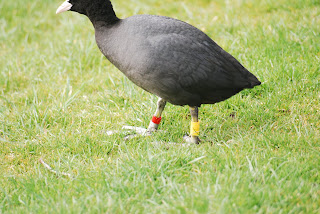 (This photo was taken earlier in the year)

On to Marton Mere where I first went to look to see if the owls were in their usual spot, and as usual at least 5 Long Eared Owls were roosting in the hawthorn bushes on the north side. 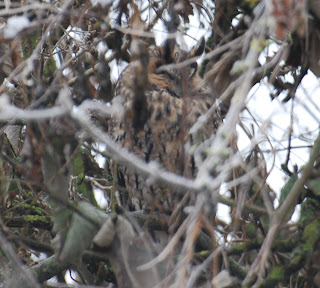 On the mere itself the ducks were gathered in a small area of water in front of the Fylde Bird Club hide so I headed round there to see if I could catch up with the regular ducks and also water rail and cetti's warbler. A few birders were already present and informed me that the Bittern had been seen during the morning so this gave me hope. Several Gadwall were feeding in the water with 20+ Pochard, 75+ Wigeon and several hundred Teal. It was at this point that all the gulls to the right of the hide flew up and this is a sure sign that a Bittern is around, and sure enough it flew right past the hide from left to right giving stunning views! Typically my camera was in my bag but I got it out at this point just in case it returned, and luckily a few minutes later it flew back the way it came and I managed a few shots. This is without a doubt my favourite bird, such a powerful and majestic beast and I am extremely lucky to get them on my local patch. 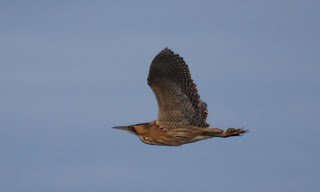 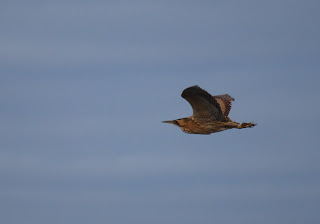 With this I decided to head back, stopping off at the feeders where I managed to pick out a Lesser Redpoll with a flock of 12 Goldfinch in the alders opposite the hide. On the way back to the bus stop I walked through Stanley Park, where I added Goldcrest and Treecreeper to my yearlist. These take me up to 76 for the year and I am hoping to get out tomorrow and if I'm lucky reach 100 species.