I'm still waiting for the information on the Pink Footed Goose (White LPT) that I saw on Warton Marsh on the 3rd, however I have received the details on the mystery coot from Stanley Park and a Mute Swan that I photographed on Fleetwood Marine Lakes last year. 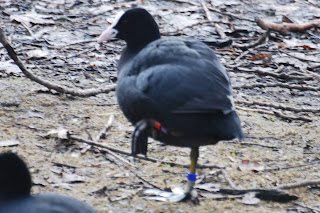 It seems that Kane had made a slight error when entering the details of the Coot into his database and that it wasn't anything exciting, it was an adult male ringed at Stanley Park on 13th December 2010. I'm hoping to get back there on Saturday to specifically try and photograph more combinations, will report back then if I am successful. 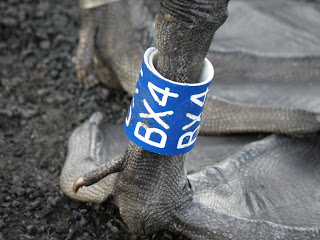 Last week Zac Hinchcliffe photographed a Mute Swan with the blue darvic ring BX4 at Fleetwood Marine Lakes. I make a point of photographing the rings on the Mute Swans whenever I visit the marine lakes so I knew that this bird had been present at least a year. However once again Kane stepped in and emailed us both saying that it had been ringed on 24/09/2006 at Fleetwood Marine Lakes, so had been in the area for at least 4 years.
Posted by Jonny Scragg at 11:29