Another new year, so another round up of the past years birding. I am going to be splitting up the review into 4 sections covering 3 months; each will be a few days apart so that people have a chance to finishing reading one before starting the next. Anyway here goes with January to March.

January
Usually New Years day is quiet for me and my parents had said that they wouldn't take me out, however since the drake Ring Necked Duck that had turned up at ICI Reservoir on the 29th had been relocated on Fleetwood Marine Lakes my dad agreed to take me down there, great views were obtained. A high tide at Warton Marsh on the 3rd meant that a few local birders were down there at midday, however unfortunately the tide only covered the outer marsh so it didn't flush anything closer too us. Luckily a Short Eared Owl performed admirably, along with 2 each of Peregrine Falcon and Merlin. A report of an American Bittern at Marton Mere on the 16th meant that the next day I was down there early and stayed for the whole day, and although the yank didn't show up, 2 Bitterns, 1 Cetti's Warbler (lifer) and an adult Yellow Legged Gull were good consolation. 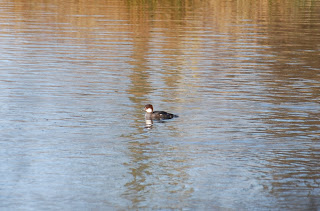 The 30th provided the first full days birding of the year with a trip up to Aldcliffe near Lancaster, and Leighton Moss. I located the beautiful redhead Smew on freeman's pool at Aldcliffe pretty quickly and it showed well albeit a bit distantly, then on to Leighton Moss where the 4 Snow Geese (lifer) that had been present for a few months were showing well with the large Greylag Flock in front of Lilian's Hide. Dubious origins as with any snow geese but they arrived and left at the right times with a wild greylag flock which goes in their favour. 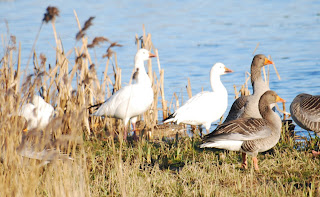 February
The month started cleaning up yearticks and dipping an adult drake American Wigeon on the River Lune at Cockersands. However on the 7th I was at Glasson; after already seeing Brent and Barnacle Geese on the way there; and whilst scanning along the river bank picked out the American Wigeon (lifer) with a group of Eurasian Wigeon. Typically I had left my phone at home so it by the time I put the news out the light was going, luckily someone connected with the bird that evening and it continued to show for the next 3 days. 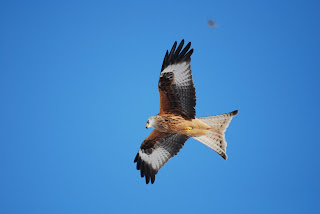 I'd always wanted to visit Gigrin Farm in Wales to see the Red Kites being fed, and when a juvenile Black Kite turned up their in January, I planted the idea in my parent's minds that a weekend in the area might be a nice holiday, and amazingly they agreed! The 19th-21st of February were probably 3 of the best days of my life, with 3 days of snow in a gorgeous cottage by a river which had a garden full of birds. The garden held both Willow and Marsh Tits and a Tawny Owl, whilst Dipper and Kingfisher were seen on the river. Gigrin Farm was carpeted in snow on the Sunday and the hide was packed with birders and photographers. The most amazing site I've ever seen ensued with 80+ Red Kites coming to feed from the meat that had been put down, performing some stunning aerial displays. 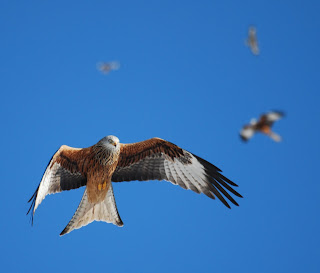 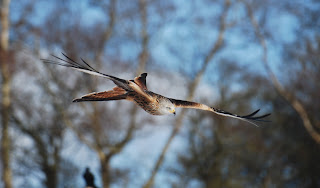 It took 30 minutes but eventually the Black Kite (lifer) appeared and gave mind blowing views allowing for some great photos, just a sample below. 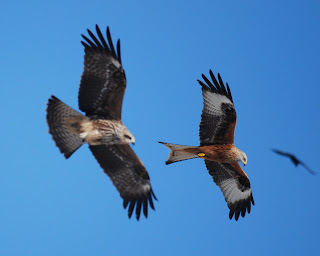 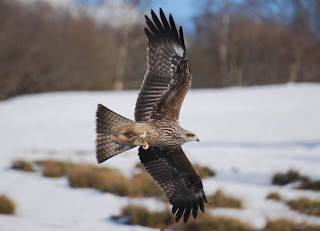 March
A quiet month by rarity standards, with no lifers added however a number of scarce birds were seen including one of Britain's finest. An adult Mediterranean Gull on the Playing fields opposite Stanley Park on the 6th showed well and allowed for some photographs. 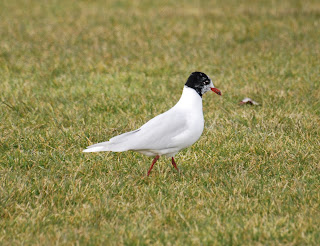 The next day I headed up to Leighton Moss to try and get a few good birds that had been in the area. After turning off the motorway you drive through Yealand Redmayne to reach the reserve, but whilst driving through the village I noticed 3 birds of prey above us, so I asked my dad to pull over so I could get a better look. The first 2 birds were Buzzards however when I looked at the third the pale underside and barring on the chest immediately shouted an accipiter. The size and shape immediately ruled out Sparrowhawk which only left one of the most awesome birds in our country, an adult male Goshawk. It circled over for about a minute before the Buzzards drove it away and it flew fast northwards, and a Great White Egret at Leighton made for a very impressive day. On the 21st I saw the Ring Necked Duck back at it's original site on the ICI Reservoir and I managed to get the hat-trick of American Ducks with a Green Winged Teal at Marshside on the 27th, rounding off a good start to 2010.
Posted by Jonny Scragg at 12:09